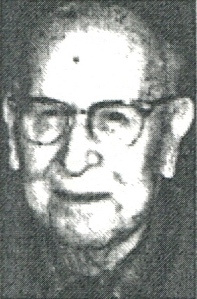 He was born in Portland, a son of James T. and Barbara Lyden Hurley.  Mr. Hurley attended local schools and was a graduate of Cheverus High School.

Mr. Hurley worked for Texaco Oil and later for Amoco Oil at the terminal in South Portland, retiring in the late 1960’s.  He married the former Gladys Nevells in the early 1920’s; she predeceased him in 1990.

He was also predeceased by two brothers and two sisters.

He was a communicant of Sacred Heart Church.  As a younger man he was active with the Sons of Union Veterans.  In recent years he served on various house committees at Seventy Five State Street.

He enjoyed bowling, horseshoes, and was a faithful Red Sox fan.  He was very knowledgeable and enjoyed current events.

There will be no day of visiting hours.  However, relatives and friends may attend Prayers at 9:15 a.m. Thursday at Conroy Tully Funeral Home, 172 State Street, Portland followed by a 10:00 a.m. Mass of Christian burial at Sacred Heart St. Dominic Church, Mellen and Sherman Streets, Portland.  Burial will follow at New Cavalry Cemetery,  South Portland.