Surviving besides his son, Carlton, in Skowhegan, are a sister, Mrs. Nellie Jones, Lewiston, and a grandson, Robert L. Beals, S 1 c in the U.S. Navy. 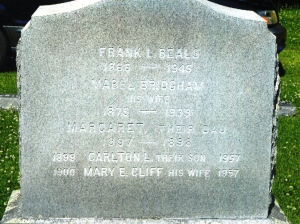