A retired business district letter carrier, Mr. Hooker began his career as a temporary postal substitute in 1936, receiving a regular appointment in 1942.  He delivered mail in the downtown business area until his retirement in 1966 with the exception of two years.

From 1943-45, Mr. Hooker took a leave of absence at the request of the Civil Service Commission and was a tinsmith at the Bath Iron Works.

Mr. Hooker went into the rubber stamp business after his retirement.

He also served for 12 years on the Bath Board of Education and was the city council’s representative on that board in 1965-66.  He was presented a plaque by the board in February, 1962 for his faithful and dedicated service.

Mr. Hooker served as chairman of the original Dollars for Scholars committee and continued to be active in the program.

A member of the Bath Area Chamber of Commerce, he had served as chamber director.

A member of the Sons of Union Veterans, he had served as state commander of the organization in 1952.  He also was a member of the Bath Lions Club and the Coasters.

An active member of the First Baptist Church, he served as moderator of the church board for five years, retiring in 1974.  He was a former member of the men’s Bible class and was Sunday school superintendent for many years.

Funeral services will be held at 1 p.m. Thursday at the David E. Desmond Funeral Home, 638 High St.  Burial will be in the family lot at Oak Grove Cemetery. 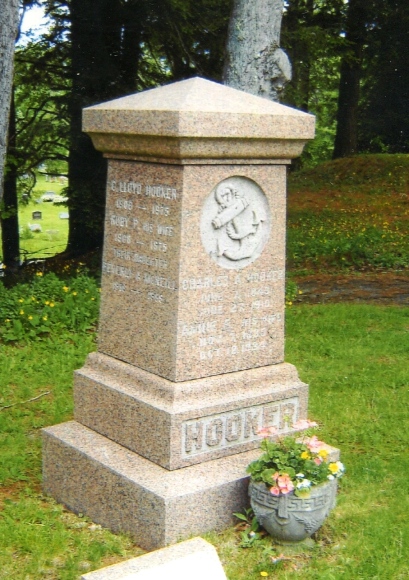