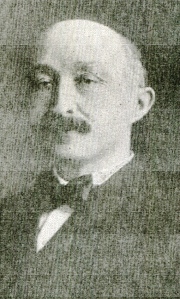 The death of Charles H. Rice, one of the best know citizens and business men of the city, occurred on Wednesday morning at his home on Autumn Street, after an illness of about six months.

The funeral will be held at 9 o’clock Friday morning in St. Mary’s Catholic church.

Charles H. Rice was born in Bangor, the son of Moses G. Rice, Aug. 28, 1853, and had always made his home here.  When a young man he was appointed a letter carrier, one of the first that the city ever had.  Eight or nine years later he resigned to go into business with his father, who conducted a stall in the old Norembega market.  He was with this father until the latter’s death, when he continued to conduct the business until the Norembega market was discontinued.

He then moved to Broad Street.  The C.H. Rice Co., of which he was the president and treasurer, was organized in the wholesale business, dealing in pork products and manufacturing sausages, in which position he continued up to the time when illness prevented.

For many years, he took an active interest in politics and served for a long time on the Republican city committee.

He was always very active in the affairs of the Sons of Veterans, being one of the oldest and most loyal members of Daniel Chaplin camp; and in the state generally, having served as commander of the Maine division.

He was known as a sound and reliable business man and had many loyal friends of long standing.

He is survived by his wife, a daughter, Miss Grace M., three sons, Charles W., Arthur F., and Edward H., all of this city; a sister, Mr. B.P. Worcester of Bangor, and two brothers, Fred H. Rice of Boston and M.G. Rice of Bangor. 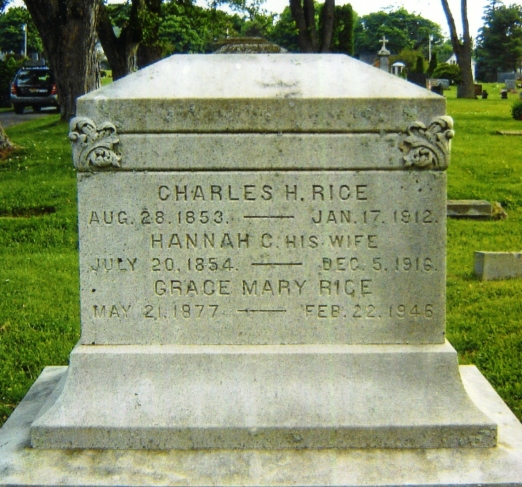